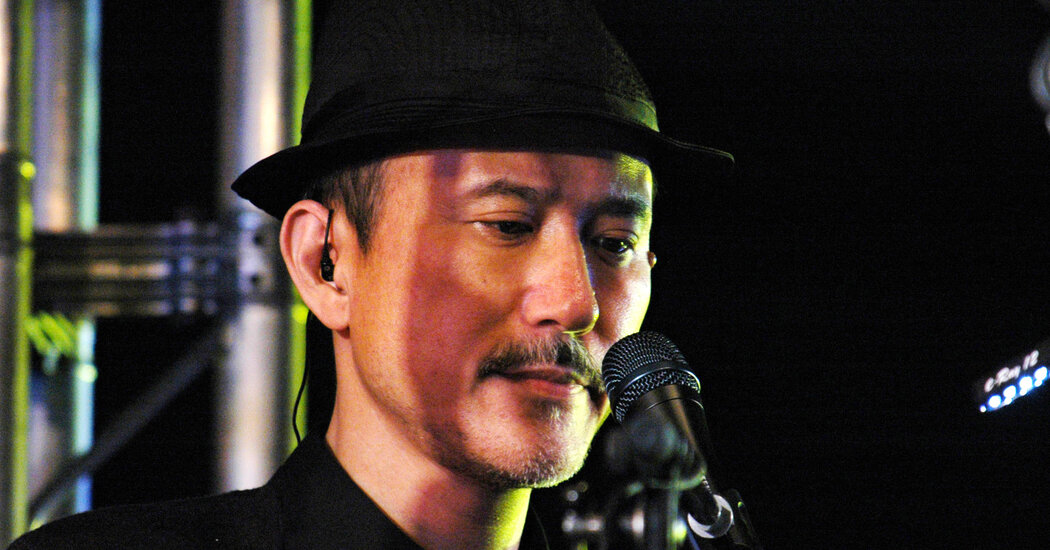 Yukihiro Takahashi, a drummer and vocalist whose wide artistic range and gleeful embrace of music technology made him a number one figure in Japan’s pop scene for nearly 50 years, most prominently with the Yellow Magic Orchestra, one in all his country’s most successful musical acts, died on Jan. 11 in Karuizawa, Japan. He was 70.

The cause was aspiration pneumonia, a complication of a brain tumor, his management company said in an announcement.

Mr. Takahashi and Yellow Magic Orchestra, which he founded in 1978 with the musicians Ryuichi Sakamoto and Haruomi Hosono, were often ranked alongside the German electronic group Kraftwerk as pioneers in electronic music and significant influences on emergent genres like hip-hop, Recent Wave and techno.

Yellow Magic Orchestra was among the many first bands to employ in live shows devices just like the Roland TR-808 Rhythm Composer and the Moog II-C synthesizer, which they used to enhance Mr. Hosono’s funky guitar and Mr. Takahashi’s tight, driving drums.

Unlike their German counterparts, who leaned into the avant-garde nature of electronic sound and referred to themselves as automatons, Yellow Magic Orchestra found ways to bend it toward pop music, mixing in elements of Motown, disco and synth-pop.

In a 1980 appearance on the tv show “Soul Train,” the band performed a souped-up version of Archie Bell and the Drells’ “Tighten Up,” after which a bemused Don Cornelius, the show’s host, interviewed Mr. Takahashi. Kraftwerk, it would go without saying, never appeared on “Soul Train.”

Mr. Takahashi “was remarkably expert at taking what were obviously artificial, technologically mediated sounds and using them to construct songs that sound fully and organically human,” Michael K. Bourdaghs, a professor of Japanese literature and culture on the University of Chicago, said in a phone interview.

The band and its tech-inflected sound arrived at just the appropriate time. Japan had long since remade itself as a postwar economic engine, but by the late Seventies it was becoming something else: a world emblem of techno-utopianism and futuristic cool. Sony released the Walkman in 1979, just as Kenzo Takada and Issey Miyake were taking on Paris fashion runways with their playful, visionary designs.

Yellow Magic Orchestra’s eponymous debut album, released in 1978, sold greater than 250,000 copies; its 1980 sophomore release, “Solid State Survivor,” sold some a million. Six of the band’s seven studio albums reached the highest five within the Japanese pop charts, and all of them provided fodder for covers and samples far beyond Japan.

Afrika Bambaataa, 2 Live Crew, J Dilla and De La Soul were amongst the numerous acts who borrowed liberally from Yellow Magic Orchestra’s archive. Michael Jackson remade its song “Behind the Mask,” though his version was not released until 2010, after his death.

The band’s music also inspired composers of early video game soundtracks who were searching for electronic sounds that might remain compelling even after hours of play. Yellow Magic Orchestra titled the primary track on its debut album “Computer Game ‘Theme from The Circus,’” and Mr. Takahashi later wrote music for several games.

He and his bandmates were already established musicians once they formed Yellow Magic Orchestra, they usually continued to release solo projects through the group’s six-year run. Mr. Takahashi released some 20 albums during his profession, not counting quite a few remastered reissues and live recordings.

Neither he nor the band ever sat still artistically. His first group, the Sadistic Mika Band, brought glam and prog rock to Japan within the early Seventies and was among the many first Japanese acts to realize success outside the country — it toured Britain with Roxy Music and played on the BBC.

Each before and after Yellow Magic Orchestra, Mr. Takahashi was a frequent and eager collaborator, forming bands on the fly and bringing in friends to play on individual tracks. He often worked with the British guitarist and singer Bill Nelson, in addition to Andy Mackay and Phil Manzanera of Roxy Music.

Mr. Takahashi wrote much of the music played by Yellow Magic Orchestra; he also played drums and sang lead vocals, though a lot of their songs were instrumentals.

His voice was wealthy and louche, strikingly just like that of Bryan Ferry of Roxy Music, especially on early hits like “Drip Dry Eyes” (1984). He sported a pencil mustache and, in later years, a fedora and thick-rimmed eyeglasses. Like Mr. Ferry, he got here across as effortlessly cool and ever-so-slightly world-weary, a hipster who believed in higher days to return.

“We had hope for the longer term, unlike now,” Mr. Takahashi said in a 2009 interview, seated between Mr. Sakamoto and Mr. Hosono. “We used to say we are going to make music that’ll be a bridge to the longer term.”

Yukihiro Takahashi was born on June 6, 1952, in Tokyo. He began his music profession early, playing drums with college bands while still in junior highschool and starting as a session musician at 16.

He’s survived by his wife, Kiyomi Takahashi; his brother, Nobuyuki Takahashi, a music producer; and his sister, Mie Ito.

He studied design at Musashino Art University in Tokyo, but didn’t graduate. In the course of the Seventies, he developed his own clothing line, Bricks; he often designed the outfits worn by Yellow Magic Orchestra, including a striking trio of vivid red Mao suits.

Yellow Magic Orchestra broke up in 1984, its members citing musical differences. All three went on to successful solo careers — Mr. Sakamoto won an Academy Award for his soundtrack to Bernardo Bertolucci’s “The Last Emperor” (1987) — but they remained close, and sometimes reunited. They released an album in 1993, “Technodon,” and appeared at a 2012 profit concert to oppose nuclear power.

“We followed a rock band path, so we stopped” playing as Yellow Magic Orchestra, Mr. Takahashi said in 2009. “But on second thought,” he added, nodding toward his bandmates on either side of him, “I couldn’t consider anybody I respect more.”